Uni holidays are in full swing, which means we’re all gearing up to our summer vacations whilst shouting “full steam ahead” as we head for sunny weather, carefree days and nights out with our best mates.

Whether you're jetting off to Mykonos, or having a boat party on the coast of Malta, ultimately summer holidays should always be filled with sun-drenched fun and great times with your friends. So make sure you're not missing out this summer by adding a bit of cheese into the mix with Club de Fromage.
Not sure what we're talking about? Well, pay attention, as we introduce you to some of our recent fancy dressers who have graced us with their beautiful creativeness, as we actively encourage you to do one better!

Ah, the original bromance. When Robin isn't seen soaring through the air, trapezing from one hand-hold to another, the nightwing is hanging with his bud Batman. Even though this mostly involves listening to the vigilante test out his "I am Batman" phrase, they certainly are as thick as the thieves they apprehend. POW! 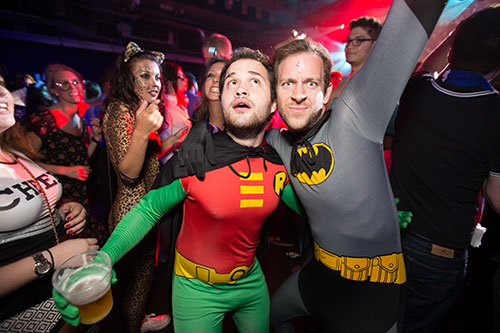 Seemingly friends for life, these two refuse to leave each other's side - even on land... which is probably why Flounder isn't moving (we don't think Ariel's noticed). 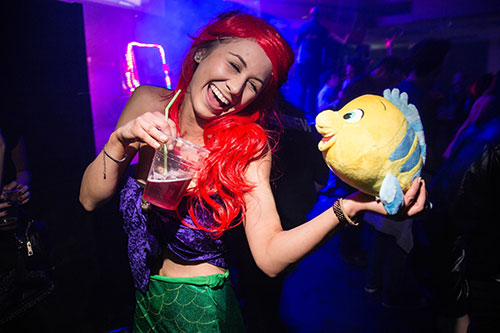 WHAM! POP! ZAP! These girls have become the living embodiment of Roy Lichtenstein 'Crying Girl' - minus the comic book action signs of course - but what’s caused the tears? Possibly the pussycat imposter in their midst... or maybe it’s just allergies. 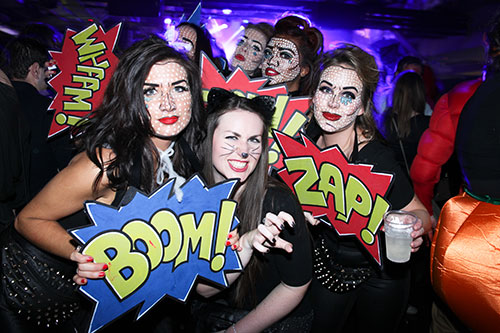 "Some people stand in the darkness, afraid to step into the light." Not these two however, they're (quite literally) in the limelight. They're ready. 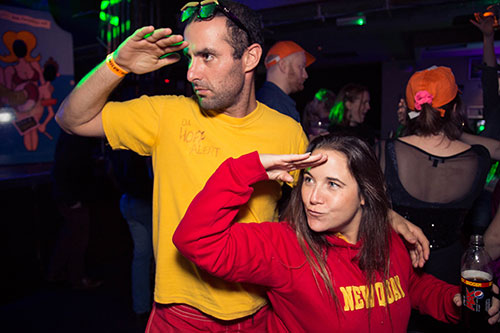 What's that genie? Three wishes you say? Abs, a fantastic scimitar and one ticket to Club de Fromage please. Easy.

Or is it? We suspect this inflatable primate to be the trouble-making monkey we all came to love. Frankly though, how can we really tell when this chap refuses to wear the yellow hat! 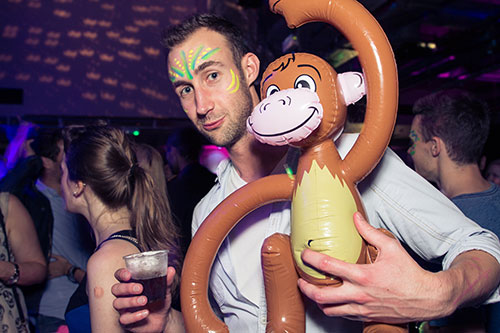 That's it. They're Jungle People 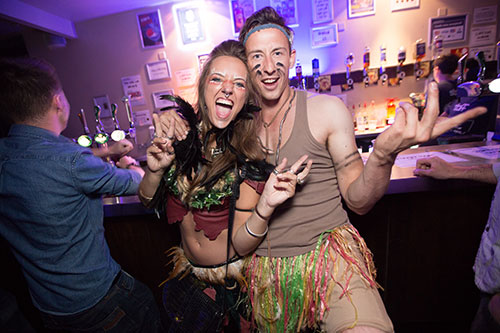 With themed nights and general fancy dress events, Club de Fromage is THE place to be this summer. PLUS, coming dressed up means you get to jump the queue; which really is the big, juicy cherry on the cake that is summer fun. Don't miss out! Dress up, come along and write your own story!

Here are the themes coming up this July: