Although this year’s Download Festival will likely be remembered for the knee-high mud and torrential rain, the weekend also delivered some of the best bands from across the rock and metal scene to keep us powering through the cold. From old-school legends, to wild cover bands, here’s a round-up of our highlights from the three-day mosh fest. 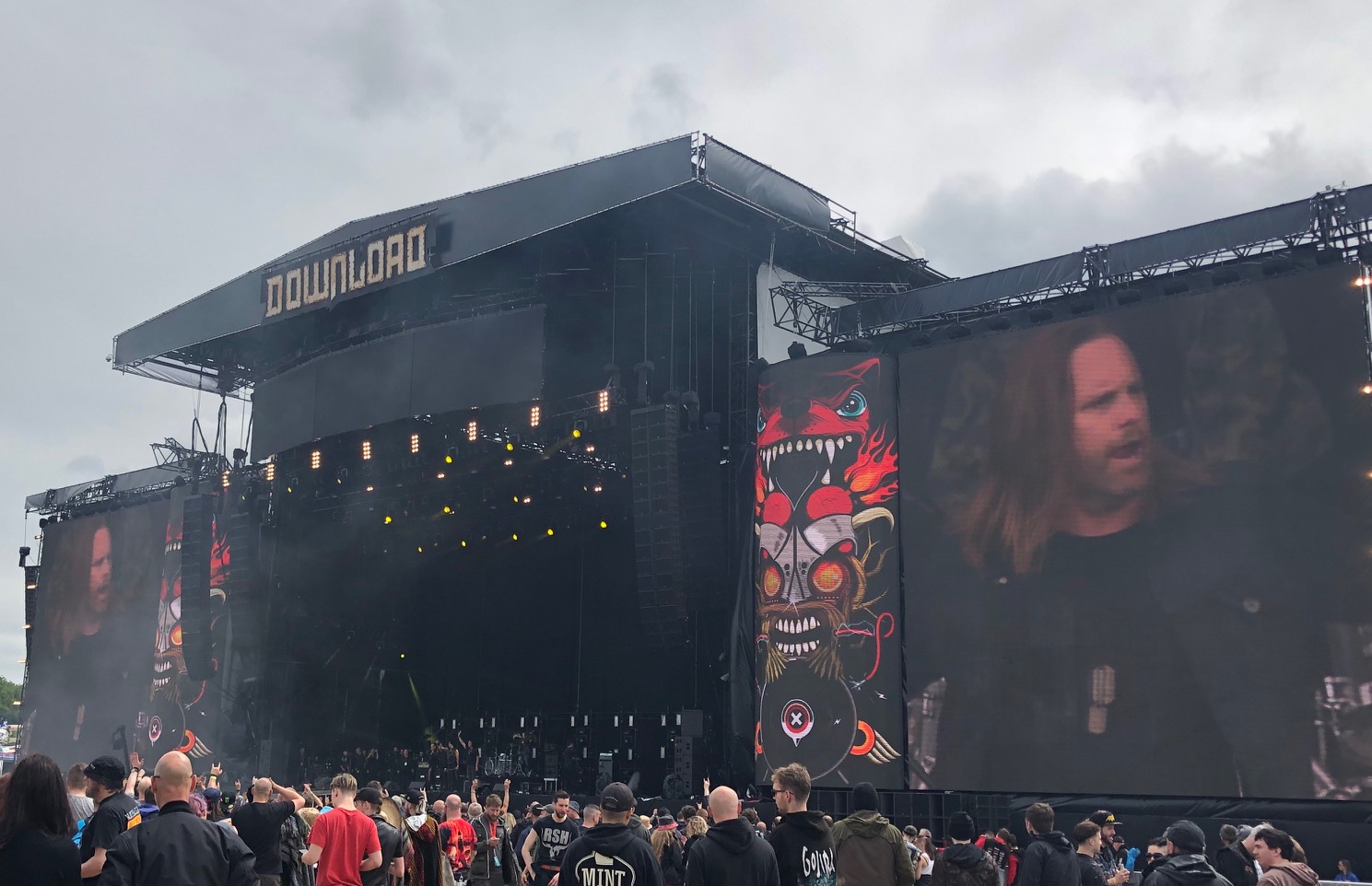 Fresh from their show at O2 Academy Islington, Last In Line had the honour of opening the main stage at this year’s Download Festival and they certainly didn’t disappoint! The former members of Dio kicked it off with ‘Landslide’ and finished with Dio Classic, ‘Rainbow In The Dark’ - the perfect start to a jam-packed, three days of rock and metal.

ME FIRST AND THE GIMME GIMMES - THE AVALANCHE STAGE, FRIDAY 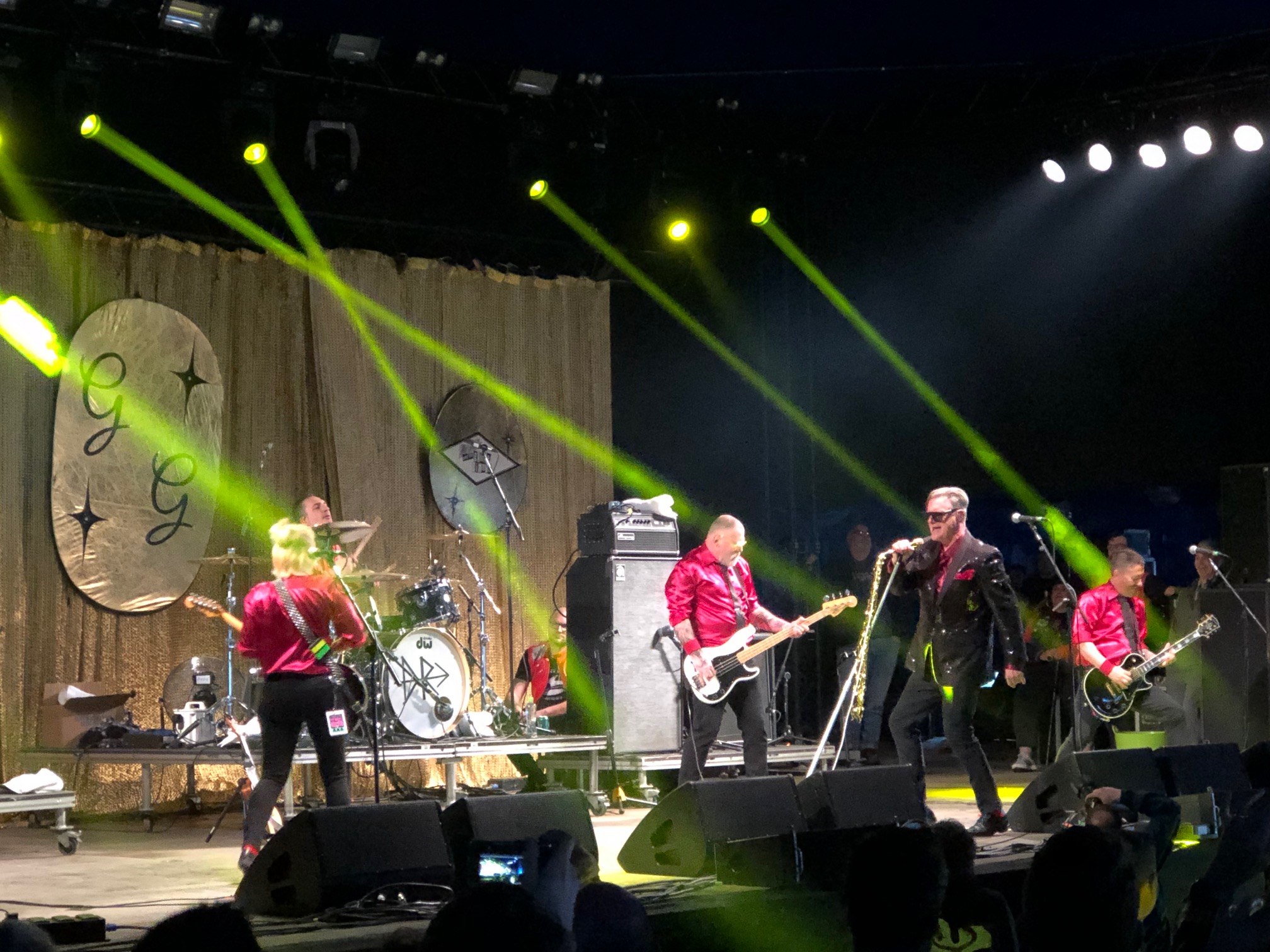 Who would have thought there’d be a tent full of metal heads singing and moshing to Cher’s ‘Believe’?! But that’s what you get at Download Festival. Me First And The Gimme Gimmes put on an incredible show on The Avalanche Stage, belting out classic tunes, such as Blondie’s ‘Heart Of Glass’ and Elton John’s ‘Rocket Man’. Leaving the crowd screaming “gimme more”, the band then jetted off for a weekend full of festival appearances but if you missed them this time, or if you just want another fix, then don’t worry! They’ll be hitting a stage near you soon. 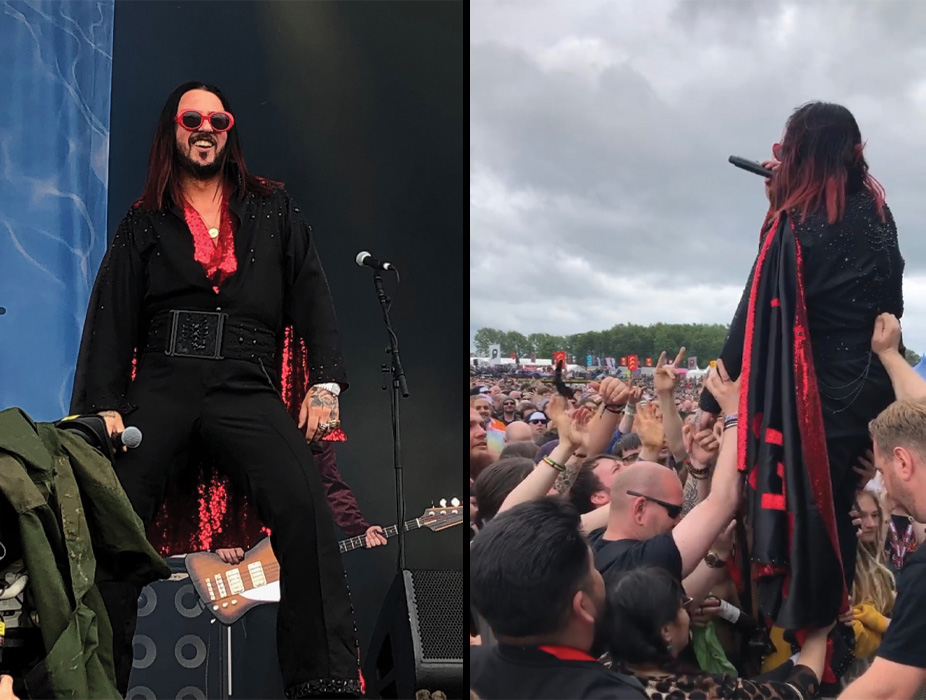 Elvana are the Nirvana and Elvis mash-up that we never asked for but now can’t live without! Switching between your classic rock ’n’ roll and grunge, Elvana rocked so hard at
Download Festival that Elvis ripped his jumpsuit pants! As they say, the show must go on and despite the wardrobe malfunction, the band and their cheerleading backing singers gave it 110%, all the way through to their final song, ‘Smells Like Teen Spirit’. If you want to see more of what we’re talking about here, come and see them on tour in the coming months. 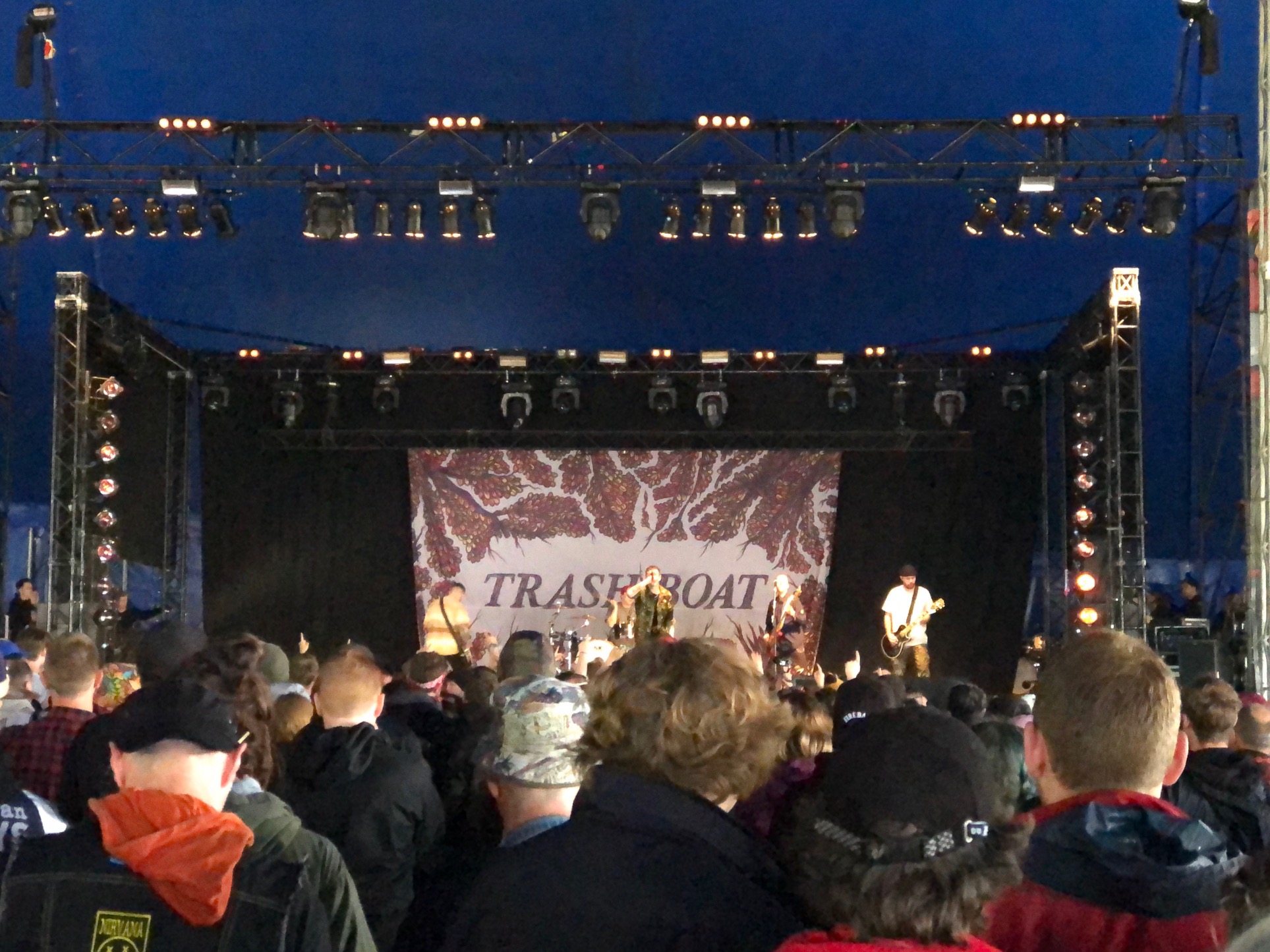 Trash Boat made their third Download appearance this year on The Avalanche Stage and they just seem to get better and better every time we see them. One of the few punk-rock bands on the line-up, they represented and did the scene justice with the heavyweight material from latest album, Crown Shyness. Everyone down at the front was treated to a lovely beer shower, (but with all that mud, any shower is a blessing at Download) and there will definitely be a few people still experiencing whiplash from the headbanging and crowdsurfing. 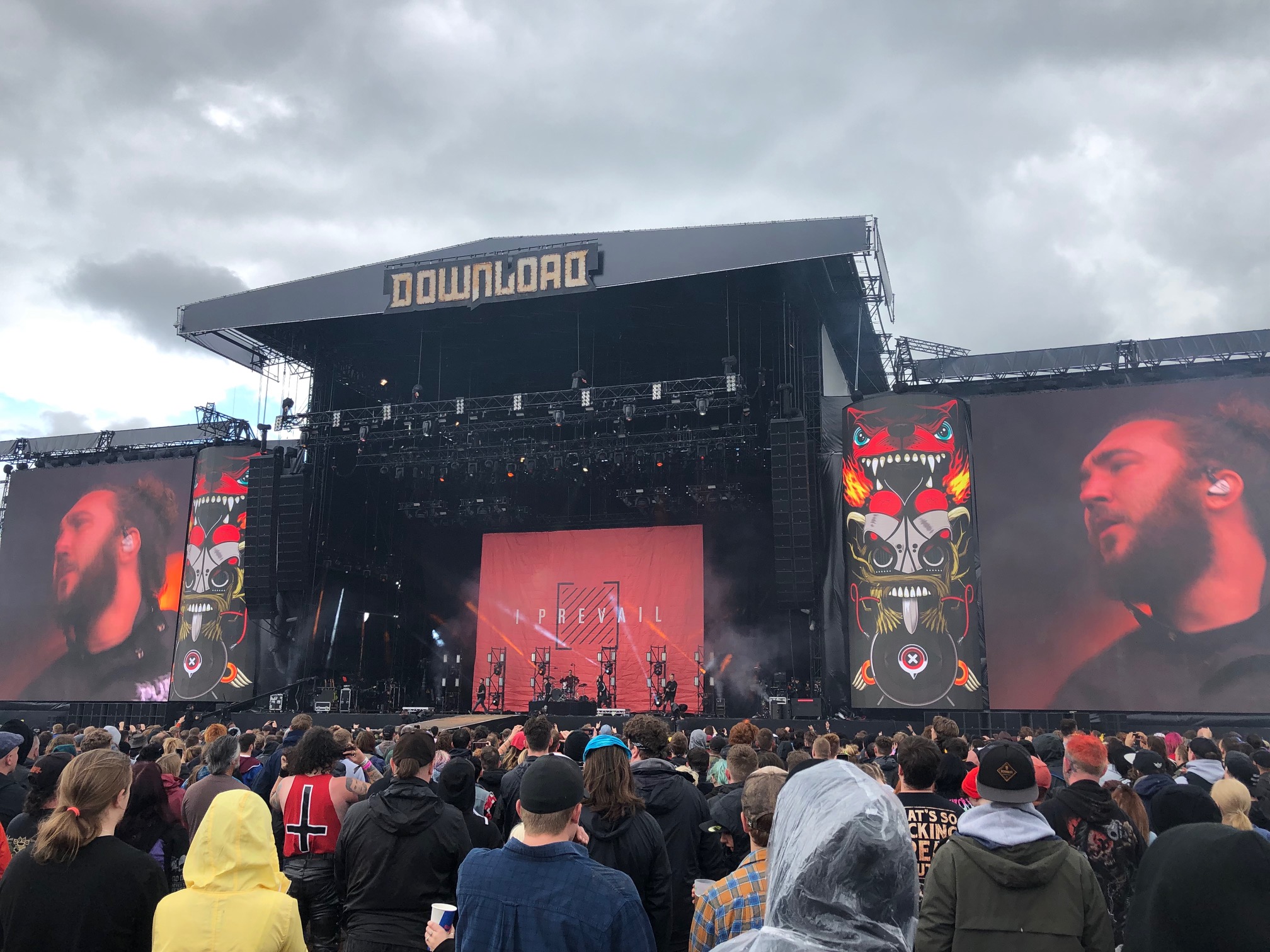 There was a nip in the air as I Prevail kicked off their set on the final day of Download Festival, but despite the rain-worn crowd, the band gave it their all, with vocalist Brian Burkheiser winning the award for the most hardcore performance of the weekend. Despite, catching a cold, cutting his hand and fracturing his foot at a show recently, he defied doctors orders and took to the stage with blood pumping through his veins, bouncing around in his moon boot to the stomp of each song. Brian and co-vocalist, Eric Vanlerberghe played off each other beautifully, the perfect balance of clean vocals, screams and rapping to power through to the end of a truly outstanding set.

Brighton prog-rockers, Black Peaks certainly gave us our heavy music fix for the weekend, with frontman Will Gardner leaving us in awe of his vocals, as he casually switched from crisp and clean notes to brutal and gritty screaming with ease. You may have spotted them on Enter Shikari’s tour earlier this year and they’ll be returning to O2 Academy Brixton, amongst others, on their upcoming tour supporting metal heavyweights, Gojira. 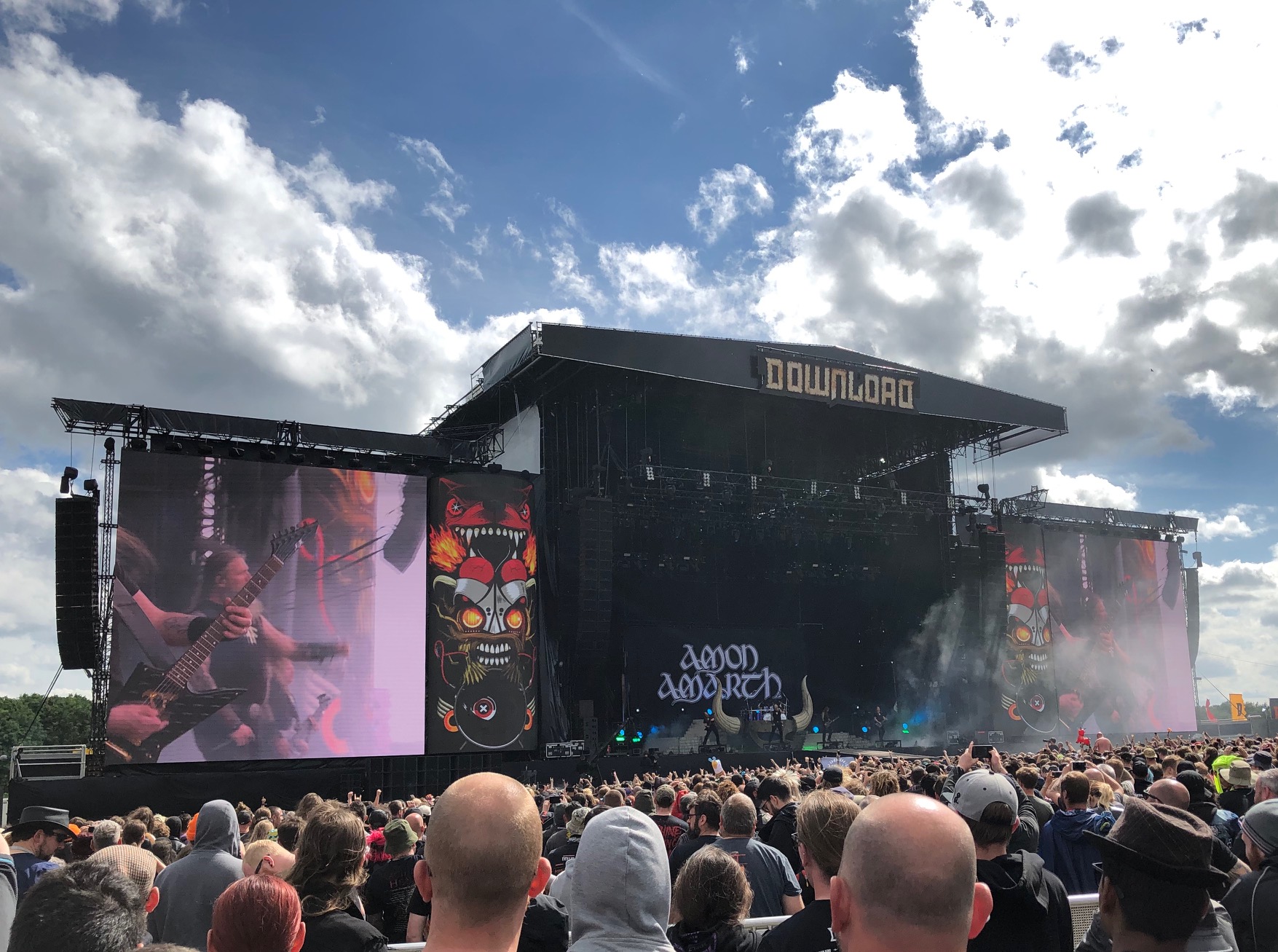 For one of only a few times over the weekend, the sun made an appearance and this time it was for the fiery Swedish metallers, Amon Amarth. Sparring no expense with the pyrotechnics, they even set alight one of their on-stage frames for that extra death metal touch and the crowd happily joined vocalist, Johan Hegg, in downing their drinks as he glugged from a viking horn. If mythological metal is your bag, then shields up and devil horns to the sky young warriors, because Amon Amarth are back on the road later this year. 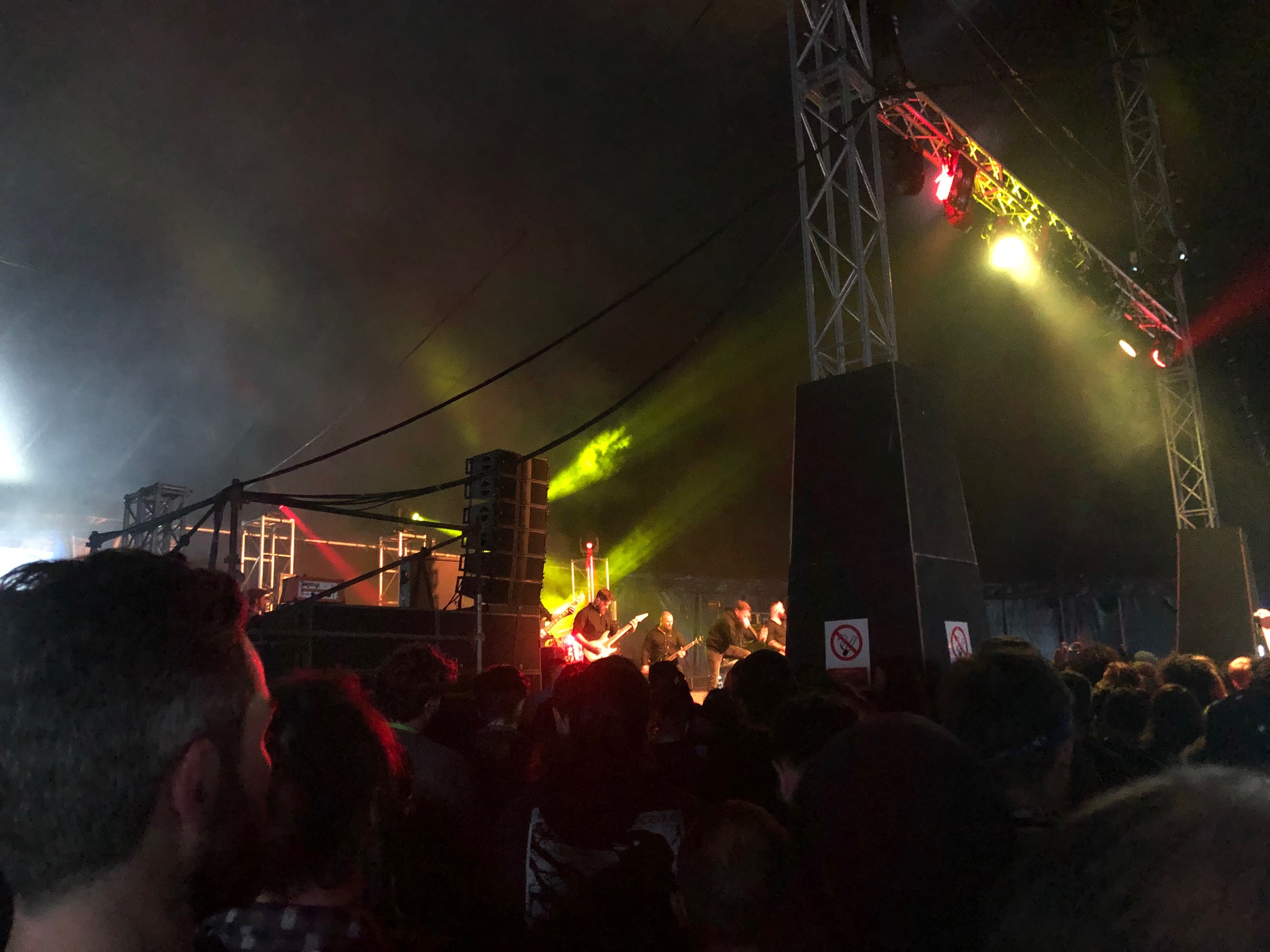 Whitechapel’s set hadn’t even started and queues were piling up outside The Dogtooth Stage tent. For those of us lucky enough to make it in, it was a raucous occasion with beer, toilet roll and an inflatable doughnut being thrown across the tent, because of course and their obliterating set was definitely not for the faint hearted. The Tennessee titans proved that they’re stronger than ever, annihilating the ear drums of everyone in attendance and closing out our weekend in the most incredible way.