On the last day of June, the sun shone across Finsbury Park in North London and hundreds of people headed to Community Festival to see some of the best in indie and rock music. Here’s our highlights from the day. 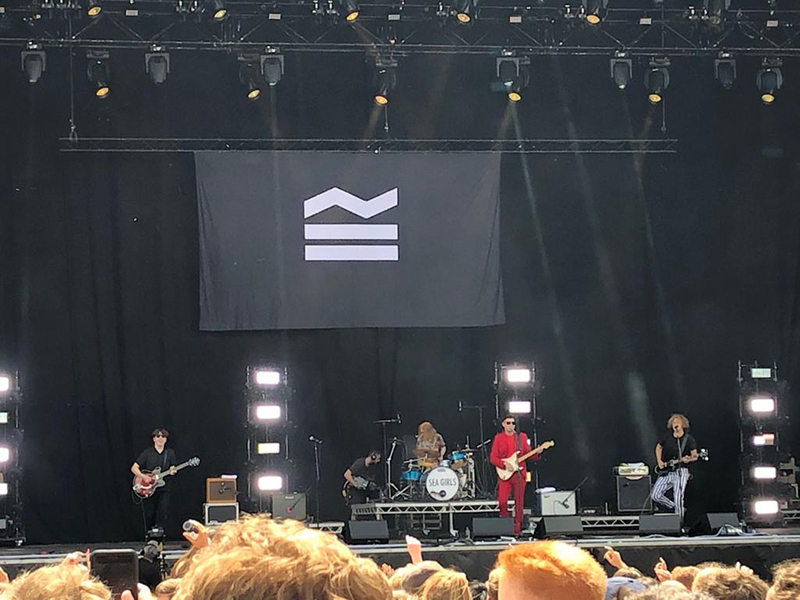 Sea Girls’ early afternoon Main Stage set at Community Festival perfectly showcased their characteristic indie charm and frenetic energy, as they bounced around the stage with glee, soaking up the adoration of the crowd. Their tried and tested formula of writing simple, but highly effective indie bangers is ideal for the festival and the wild reception they receive, even before the release of their debut album, serves to foreshadow the mania that can be expected as they embark on a UK headline tour in the autumn. Their meteoric ascent to indie-pop stardom shows no sign of slowing down any time soon, particularly with tracks like ‘Cannonball’, ‘Open Up Your Head’ and ‘Call Me Out’. 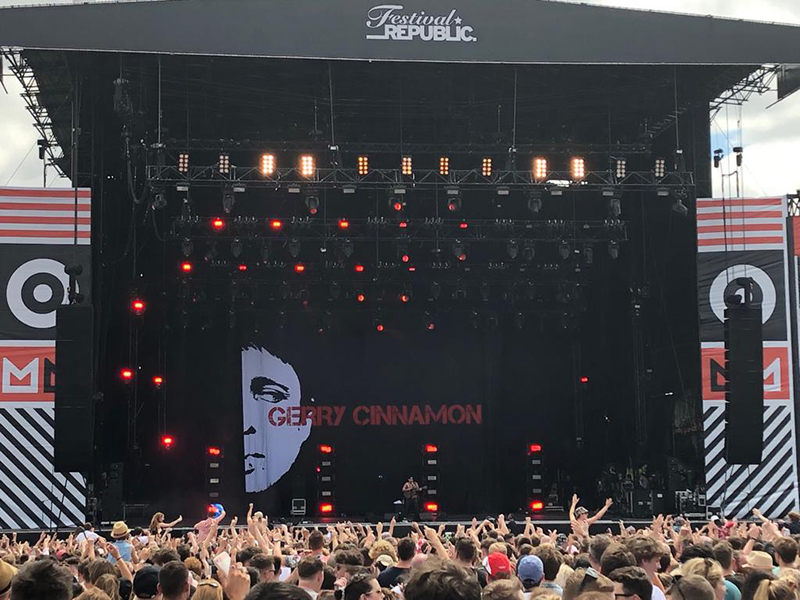 The rapturous reception this man receives wherever he plays is just another symptom of the frenzy he has created, with next to no press or marketing. The Glaswegian is the undisputed people’s champion and there’s a palpable buzz in the air before he even walks out on stage. The moment he emerges, Finsbury Park descends into chaos and Gerry Cinnamon claims Community Festival as his own. His fans, out in their droves, sing his name from the start to end and thousands bounce and hold their arms aloft in unison, singing every word to hits like ‘Sometimes’ and new track ‘Canter’. Gerry Cinnamon is untouchable, and his headline tour later this year is surely destined to propel him towards genuine superstardom. The sky isn’t the limit anymore, he’s way past that, somewhere in the stratosphere. 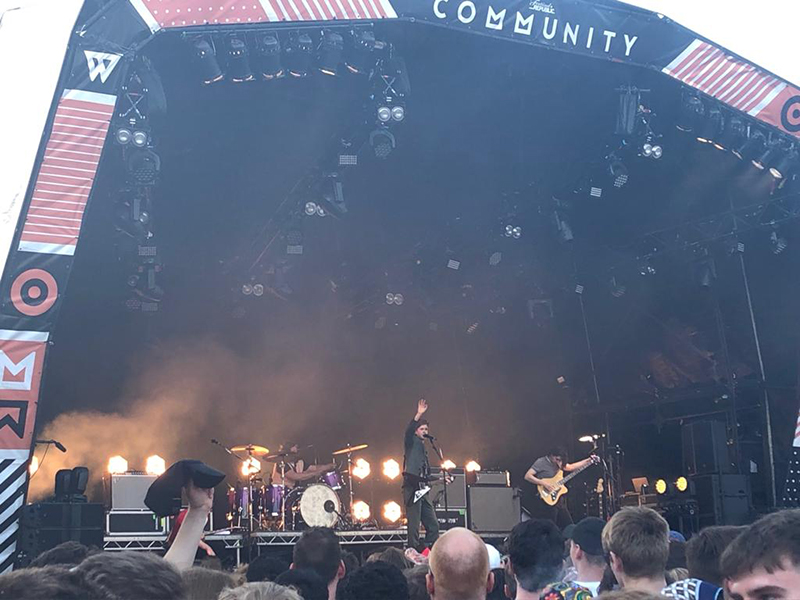 The Reading four-piece prove that rock music is still well and truly alive and kicking. Opening with new album heavy-hitter, ‘Mother’, to get the crowd sufficiently warmed-up, they then continue with bangers such as, ‘Stay With Me’ and ‘In My Mind’. The crowd get on one another’s shoulders and dance with strangers, enchanted by the rawness and rock and roll spirit of The Amazons. It’s a diverse set, laden with heavy riffs and bombastic drum beats, as well as slower and groovier tracks, including an energetic cover of The Beatles’ ‘Helter Skelter’. The band thrill and excite their audience as much as a second stage headliner should, showing glimpses of how impressive their own headline tour will be later this year. Fan favourite, ‘Junk Food Forever’ was a real highlight. 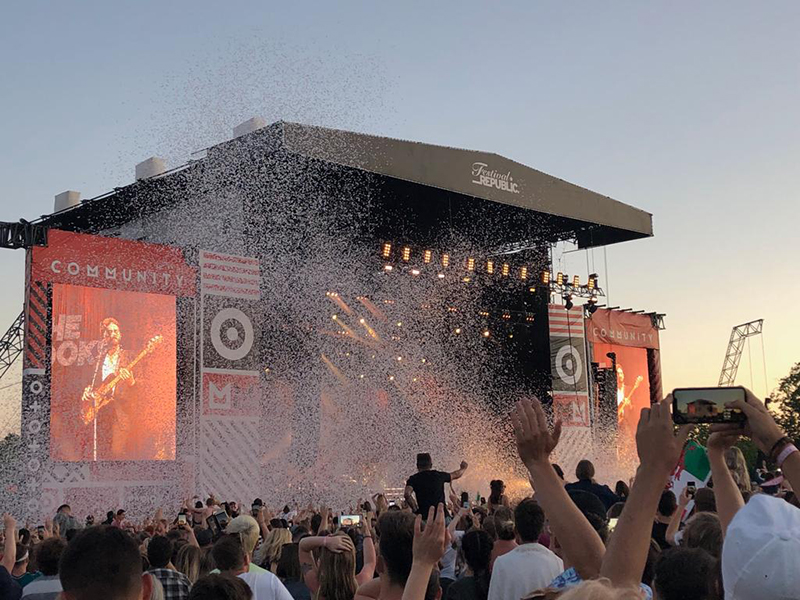 This is a band whose songs belong at festivals like this. The moment the first chord of ‘Always Where I Need to Be’ is struck, the crowd crank it up to 11 and there is an electricity in the air. The hits like ‘She Moves in Her Own Way’ and ‘Ooh La’ are greeted with frenzied cheering, but the band continue powering through their setlist, showing the real development of their sound throughout their career, with newer tracks such as ‘Four Leaf Clover’ and ‘No Pressure’, also inciting mass sing-a-longs and jubilation. Their incredibly diverse demographic demonstrates the band’s universal appeal, with their cocksure, endearing cheekiness as prevalent in their live show as when they first emerged as fresh-faced boys in 2005. The Kooks smile the entire way through their career spanning, two-hour set, with frontman Luke Pritchard telling the crowd, “You’ve made me feel 21 again”. By the time the final number, ‘Naïve’ kicks in, the sun is going down and the crowd join in singing The Kooks’ defining anthem together in one final moment of unity and euphoria. This is, without doubt, one of the highlights of festival season 2019 and serves as a reminder of what a fantastic band The Kooks have managed to be for almost fifteen years.

Want to keep up to date with all our festival features, interviews and more? Why not sign up to our newsletter?